Helping you channel your full potential

Wolverhampton Street Jiu Jitsu Association we take our martial arts to a new level of training, we have no rules when it comes to protecting our students well-being. We have expert instructors for all fields of martial arts ranging from, Combat Jiu Jitsu, Combat Judo, Thai Kickboxing, Taiho Jutsu.

We want to teach you our modern method of Self-Defence.

This is a modern, but effective method of protecting yourself from an attacker has been put together by real people not special forces or elite fighters from army backgrounds.

We have serving police and army personnel who assisted in formulating our system, but it has come from honest down to earth, normal everyday folk.

It is 90% from the mother of all arts Jiu Jitsu, Jiu Jitsu is a feudal fighting art that was taken to the battlefield of Japan and use in unarmed combat against  their enemies, when they were dismounted from their horses during fighting.

Respect is the foundation of what we teach, also courage allows students to overcome challenges,to reach for their goals, and become successful in whatever they do.Focus in what we teach the principles of becoming a Black Belt is focus and excellence.

Martial arts are seen as expressions of valor, chivalry, and self-sacrifice. It is a philosophy which stresses that people should live in peace and harmony. Martial arts philosophy emphasizes on the essence of self-control, respect for others, and positive perspective to strive for the best in life.

Codes of practise and rules

Martial arts are codified arranged (laws or rules) into a systematic codesystems and traditions of combat practiced for a number of reasons such as self-defense, military and law enforcement applications, physical, mental and spiritual development; as well as entertainment and the preservation of a nation’s intangible cultural heritage.

Courses are available for those who wish to apply for their SIA CCTV Operator Licence.

Street-Jiujitsu Association (SJA) self-defence courses are uniquely designed for modern day self-defence, for civillian use the .We unlock the secrets.

Welcome to this SJA Training Services Self-Defence Course. This is a complete Self-Defence course for everyone to learn how to defend yourself.

surport with your club

At SJA we take care to give out the best care to all our clients we have unlimited support through our partners, who with us will guide you in the right direction. Everything from training to licence books safegaurding policies, DBS and much more.

AIMS AND PURPOSE OF THE COURSE

To recognise various aspects of street defence and to understand the difference in conflict management and self defence methods. Concepts and tactics will effectively manage and resolve conflict situations.

Our self defence classes create confidence that will aid in your safety.Most encounters are through drugs and drink which can be a big problem when trying to use self-defence. We also have to deal with conflict in your working and personal life. SJA promotes this attitude so you can adapted life skills without having to encounter live attacks.

SJA is a company offering a comprehensive range of Self-Defence classes either with us or at your venue. Our weekly Self Defence classes create a group of like minded individuals that want to develop self confidence and personal security knowledge in a friendly enjoyable environment.

My Approach to teaching Jiujitsu or Self-Protection, is to teach from the front. I take an active role in practising what I preach.

Wolverhampton Jiutsu Association has a unique method of self-Protection, It’s quick and easy to learn, very practical and effective, and is easy to maintain.

We have no rules when it comes to protecting our students well-being. We have expert instructors for all fields of martial arts ranging from, Combat Jiu Jitsu, Combat Judo, Thai Kickboxing, Taiho Jutsu. 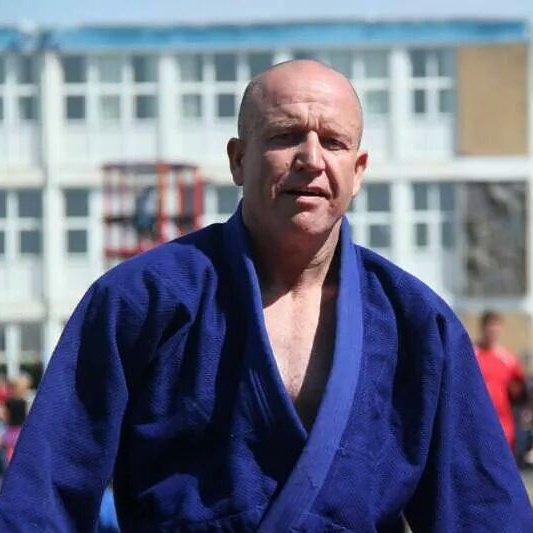 Here at SJA our support doesn't stop at payment, we can and will offer our expertise either by phone or email or the old fashioned way in person. Our newsletter is is freely available to everyone that signs up to it today.

Under the Private Security Industry Authority Act 2001, all individuals wishing to work in the private security industry must undertake a recognized qualification before applying for a licence.

This accredited qualification has been developed to meet the requirements of the Security Industry Authority (SIA).

It is based on the relevant SIA Specifications for Learning and Qualifications and provides the necessary skills and knowledge for learners who wish to apply for an SIA licence and work as a door supervisor within the private security industry.

The Security Industry Authority, which is the regulator of the private security industry, has announced that it will now require new applicants for an SIA licence to hold an Emergency First Aid at Work qualification in order to be a licensed security professional.

This requirement will come into effect as of April 1st 2020 and will apply to new licence-holders only. Those renewing their SIA licence will not be required to hold this qualification.

The new qualifications will incorporate improvements suggested during the consultations held by the SIA throughout 2018 and 2019.

Ready to get started?

Get in touch today for details of timings for up and coming courses in the West Midlands area.